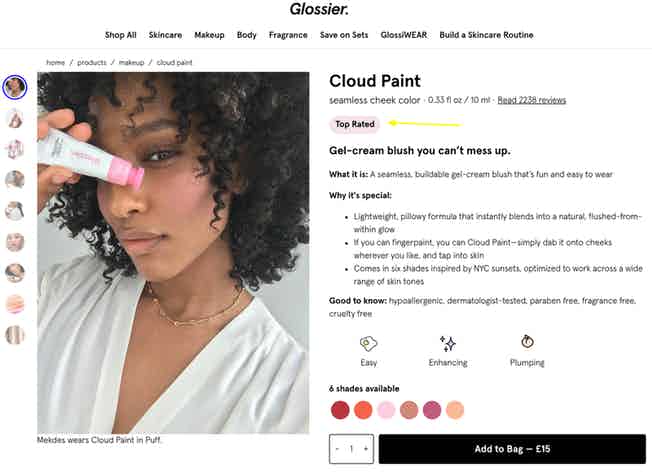 Being ‘business as normal’ can feel a bit insensitive, but constant reminders can also come across as scaremongering.

It’s particularly difficult for brands in sectors such as hospitality and events.

However, we are now starting to see brands attempt to find some creative ways to spread the message of social distancing. Here are a few nice examples.

Due to most restaurants and bars in big cities temporarily closing or suffering from the effects of social distancing, Time Out magazine has rebranded itself as Time In.

As well as reflecting the current situation, this means the publication is able to stay relevant, turning its attention to how people can maintain distance but still connect with their city and its establishments.

So, instead of its standard style of content, Time Out has started putting the focus on articles like ’25 feelgood movies on Netflix’ and ‘Awesome Indian takeaways for delivery’, encouraging its audience to do the right thing but try to find enjoyment in at the same time.

With people in the UK now advised to steer clear of pubs and bars, beer chain Brewdog is looking for ways to help keep its stockists afloat (and still encourage social distancing). Consequently, it has launched the ‘Brewdog Drive Thru’, which allows customers to click and collect beer without leaving their car.Using the brand’s Hop Drop app, which was initially a delivery service, customers can place an order for any amount of Brewdog food, drink, or glassware, and receive it either via their car or at the door of a bar.

As well as supporting its own employees, Brewdog is also looking to help others in need. It is one of multiple alcohol brands to start producing hand sanitiser in order to help with current shortages. Brewdog is also giving NHS staff 50% off all food orders via the ‘Drive Thru’ service.

MTV is one of Viacom’s many entertainment brands to partake in its #AloneTogether campaign. The aim is to encourage people to stay at home even if they don’t have any symptoms of Covid-19, with the promise that MTV and other channels will be there to keep them company.

MTV has promised live artist and celebrity takeovers, positive news bulletins, and continued social engagement with users (to ensure that distancing does not mean isolation). Evoking the sense that we’re all in it together, it’s one of the most responsible and community-driven reactions so far.

Asos was recently called out for selling chainmail face masks amid the coronavirus outbreak (the masks were first launched in August 2019). Since making the decision to pull the product, however, the retailer has been more mindful about the way it is speaking about the pandemic on social media.

Positively, Asos is using gentle humour to encourage social distancing, speaking about it in a way that is designed to appeal to its target audience of millennials.

Brands typically honour St. Patricks Day by encouraging social gatherings. This year, things were naturally a little different, meaning brands were forced to think outside the box in order to mark the occasion.

Chubbies certainly did this with its ‘indoor St. Patricks day’ video, which saw the brand set up and execute a domino-style tutorial on ‘the right way to pour a Guinness’. There’s danger that the video could be perceived as a bit too light-hearted considering the current climate, but the joyous and creative tone is bound to raise a few smiles – something that Chubbies always aims to do.

In order to encourage social distancing, many restaurants and fast food chains are now promoting their delivery services. Chipotle is one such example, offering customers free delivery throughout March.

Alongside this, the brand is also trying to make the situation a little more bearable by helping customers to virtually hang out together. This week, it launched ‘Chipotle Together’: a series of zoom hangouts featuring celebrity hosts and attended by up to 3,000 guests. So far, celebrity hosts have included stars of the US series, The Bachelor, and featured live music from rock band Portugal The Man.

Finally, another alcohol brand going the extra mile is East London brewery, Signature Brew, which has launched its very own ‘pub in a box’ for customers who are self isolating.

The box includes an array of goodies including beers, glasses, beer mats, a vinyl record, and even a pub quiz and playlist. Most impressively, it will also be delivered by local musicians whose tours have been cancelled due to the pandemic. Nice work, guys.

Read the rest of this article here